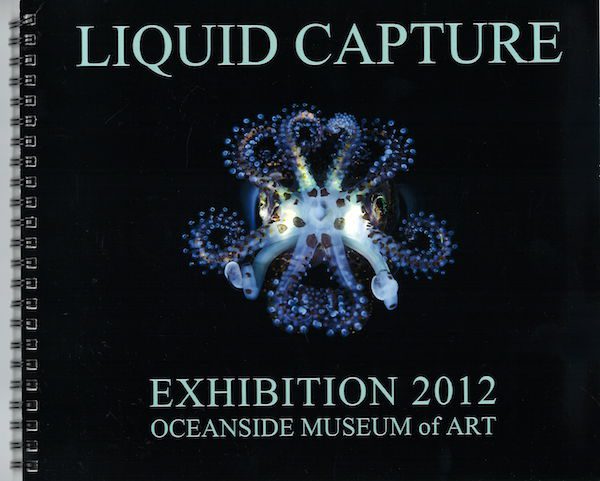 January 11, 2020-February 15, 2020, The Photographer’s Eye Gallery, Escondido.  The show’s title derived from a quote from Henry David Thoreau, which ends “We can never have too much nature.” My interest in the recorded image began around age 6 when I was given a  toy camera with a short roll of black and white film. A more rewarding gift than pajamas, my mouth dropped open when I got the prints back. Horrible as they were, I thought it a miracle.  For the next several years, I kept my father company when he developed and printed in our basement darkroom. At age 11, paper route money afforded me a Pentax Spotmatic camera and I soon became a freelance school photographer, developing and printing my work.  I  was an electron microscopist in graduate school, and for the past 25 or so years, a radiologist with a  digital photo lab in North San Diego County. I’ve always been interested in photography, other cultures, travel and writing, which for me are inextricably linked. I signed up for an introductory photography class my first semester in college, off campus, a short lived experiment that I had to quickly abandon. I soon realized my chemical engineering major was going to completely dominate my life, especially if I was going to make the grades necessary for medical school, which was my real aim. (The chemical engineering was to appease my “what if you don’t get into medical school” father.) Another obstacle was poverty-I basically had no disposable income, so once I learned a bit about cameras, film, lenses and other photographic accoutrements, I realized I had barely enough scholarship money to get through school, let alone take up a potentially expensive elective activity. The final obstacle was I didn’t have a car and the class was a long, dark walk off campus through a sketchy area.

So for me, photography as a serious pursuit really had to be tabled for quite a while…10 years to be exact. Once I made it through college (4 years ),  med school (4 years), it was on to residency, where I finally made money, enough to live on (barely)-at least I was no longer accumulating debt! Once I was able to start working as a radiologist (which we did on weekends, on the sly, starting after our second year of residency, at a small hospital in another state), Steve and I finally reached a financial turning point-we were able to pay the credit card bill off each month! One of our first “together” purchases was a serious camera, that “would take us into retirement” (famous last words), a Canon EOS.

Ten years is a long time to defer an interest, but I really had no choice. Pent up possibilities eventually found an outlet, through photography.

Along the way, I developed an interest in art, and ended up majoring in art history. How does one start out in chemical engineering and end up studying art history? Two years in chemical engineering means a lot of chemistry and math, both of which I loved and at which I excelled. What I wasn’t really crazy about was engineering, although my grades were fine. By the end of two years, my resolve to go to medical school had strengthened and I was certain that if I didn’t get into medical school, I didn’t want to be a chemical engineer. In addition, in order to graduate in 4 years as a chemical engineer, there were basically no elective options beyond Freshman English. Each semester, when the course catalog arrived, I found myself sadly thumbing through it, wishing I could take humanities, art history, any number of interesting sounding courses I thought I’d never be able to sample. At the end of my second year, I finally woke up, realizing that you only go to college once and that it was a shame not to be able to try on other disciplines. In addition, by that time, I had sized up my fellow pre-meds and felt reasonably sure I could compete. What then? All those chemistry and math credits were applicable to a chemistry major, so I switched to chemistry as a major for my junior year. In addition to physical chemistry, which I loved, I now could take some electives! Once I tasted humanities and art history, I wanted more. In the end, I ended up with a “design your own major,” what the U of Az called a General Liberal Arts degree, majoring in chemistry, art history and humanities, minoring in physics and math.

As for travel, it seems to be a thirst I can’t slake. The only thing I enjoy more than being on a trip is planning the next one. Travel informs my reading and thinking. This extends to the underwater world, another frontier, so little known, so much to see.  In recent years, I’ve really gotten into languages-starting with French in 2009, Spanish more recently, and in 2012, Japanese.  This probably is another case of deferred ambitions.  As a girl, I studied Spanish for 4 years, 2 years in junior high and 2 years in high school, which was all that was available at the time.  At one point, I was supposed to go to Saltillo, Mexico for a summer study program.  An untimely falling out with my father put the kibosh on that plan.  In college, I became interested in learning Japanese.  Although I never took a formal course, somehow I was accepted into a study abroad program, an idea which initially my father supported, but he later pulled the financial plug.  So that never came to fruition either.

Medical school and residency…the lost decade, at least in terms of other interests.  Then, I was busy marrying Steve, moving to San Diego, adjusting to practice as a radiologist. etc.  The years flew by…we learned to dive, became increasingly interested in photography and for a while, much of our travel was devoted to underwater destinations.  There was a LONG gap between my first trip to Europe at age 22, the summer between college and med school, and the first time Steve and I went to Europe together. Maybe 25 years?!  Once we did fall in love with Europe again, we made up for lost time.  It was on one of those trips, a biking trip to France, that a few crucial pieces fell into place, launching me into a full-blown, mid-life case of rabid francophilia, which has not abated a bit.  Non, pas de tout!

I was in the library before a trip to France and happened on a 2 CD Michel Thomas language course (the introduction to a longer course).  I had managed fine in France before without knowing ANY French, but I figured…starting with nothing, everything is a gain.  Michel starts off with encouragement, along the lines of “as an English speaker, you already know hundreds of French words, just a question d’accent.”  Good news, indeed, it sucked me in.  Actually, he breaks down what he teaches extremely logically and harnesses your knowledge of your native language, a method that really worked for me.  Not that I could be said to SPEAK French by the end of those 2 CDs.  But it was a start.  What happened on that trip…

We were having lunch in the beautiful dining room of the Musée d’Orsay.  My fish was, in a word (the same in French and English), horrible.  I took one bite and left the rest untouched.  Although I couldn’t understand a word the waiter actually said, it was obvious from his body language and intonation he was asking “What’s up?  You hardly touched your fish!”  I managed to choke out a few key words in French, probably “trop sec.”  (too dry)  To my astonishment, when l’addition appeared, the charge for my meal was gone.  I was absolutely certain that had I complained about the meal in English, that would not have happened.  I hadn’t really asked (not that I could at that point) or expected that to happen, but…it did demonstrate the power of language.

So, one thing leads to another…on a biking trip to France, we became friends with a couple who would go on to acquire interests in fractional apartments in Paris.  In 2009, they offered us the use of the apartment.  It happened to coincide with my 49th birthday.  Quelle coincidence!  This after I had decided what I wanted to do for my 50th birthday was to rent an apartment for 2 weeks and really explore Paris.  All our prior stays had been a few days en route to or coming from some other European destination, just enough to whet the appetite, but frustratingly too short to explore in depth.  So prior to that trip, I started studying French in earnest, using computer programs and the full Michel Thomas program in the car.  My friend Susan, learning about our trip to Paris, said I had to speak to her friend Margie.  Margie and her husband Mike succumbed to francophilia and own an apartment in Paris, which is rented out when they are not there.  She was an amazing resource for all things Parisian, and a great source of information.  We became friends by email before that trip and classmates in French school at the Alliance Française afterwards.

As I progressed in French, a funny thing happened along the way…my childhood Spanish began to return to me, almost unbidden.  The similarities to Spanish were obvious.  For example, when learning the days of the week in French, lundi, mardi, mercredi, my immediate response was “oh, just like in Spanish…lunes, martes, miercoles.”   After refreshing my latent Spanish with computer learning aids (Rosetta Stone and Fluenz), I had no problem in a UCSD Spanish literary course reading short stories, 30 years after the last time I was enrolled in a formal Spanish class.

As for Japanese…well, that was an eventual, long-term goal.  But sometimes, life bumps up those milestones. In 2012, we returned from a long diving trip to Indonesia, 3 weeks being off the grid, to find an email from my mother saying 2 of her sisters would be coming to visit from Japan…in 3 weeks!  My mother lives in hot and humid Texas and they would be staying with her for 9 days.  Faced with the prospect of having to go to Dallas in June, I quickly cooked up a plan.  It took a little while to convince my mother but eventually she went for it.  We would fly all of them out to lovely and cool San Diego for a long weekend in the middle of their stay.  This would relieve Mama of her hostess duties for part of their stay, let them see another part of the US and enable us to repay their incredible hospitality to us from our prior visits to Japan.  By now, we were down to 2 weeks to go.  Not wanting to have to rely on Mama to translate every word, I wanted to try to learn SOME Japanese before their arrival. But, 2 weeks??  I found a $10 Pimsleur introductory course on line and figured at $10, I couldn’t lose.  Anything is better than nothing, so I spent every minute in the car over the next 2 weeks listening to those CDs.

It actually made a difference…at least I could ask my guests if they wanted something to drink!  It had been hard enough work to retain the material I learned that after their departure I thought I should just continue on.  And so I have…albeit, very sloooowly.

There is no question that each of these language learning ventures has paid real dividends in terms of the interactions I’m able to have while traveling.  Not to mention, opening up new avenues of connection with colleagues and co-workers and sometimes even patients from other countries. All of which is a rather long-winded way of saying, I like to learn: about people, cultures, lifestyles, design, architecture…I find it impossible to confine my interests to a narrow subset of possibilities, which reinforce each other and enrich our lives.